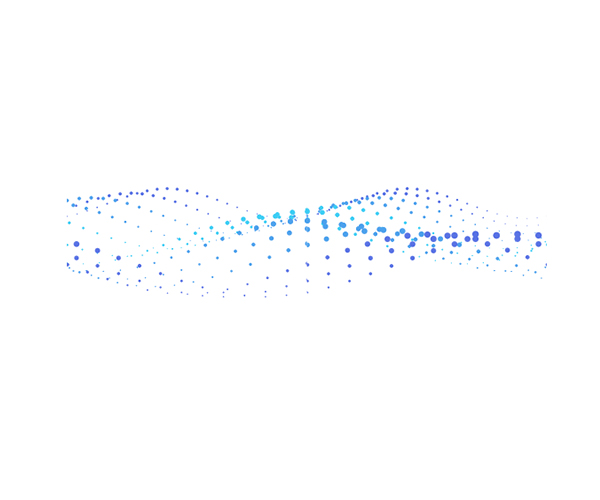 The research group reflects on the changes of penal and surveillance systems in post-industrial society. We aim to explore numerous novelties in Slovene (post)transitional society (and of course in other relevant or comparable post-modern capitalist social formations), which have not been studied so far, for instance various changes referring to extent, structure and dynamic of crime, and to functioning of formal and informal social control (e.g. growth of corruption, white-collar crimes and other a- or antisocial acquisitive activities of agents being generally well educated, intelligent, influent, respectful, rich and strongly supported by informal social networks). On the other hand, the attention of research group is focused also on similarities and differences between de iure incriminated (legally forbidden) or de facto criminalized behaviour patterns and other, apparently normal, “natural” or “socially acceptable” activities (especially on the level of accumulating wealth, obtaining money and using physical force or constraints).

Scientific concerns/aims of the research group are not limited – unlike the majority of the Western mainstream academic criminology – to the study of officially defined and especially to formally sanctioned crime (and its perpetrators), for they focus also on “structural violence”, i.e. complex – and, as a rule, ideologically camouflaged – phenomenon, which is much more widespread, serious, harmful and dangerous than human actions being labelled as criminal offences. The width (and specificity) of the research agenda of our research group could be detected also in its approach to the study of “social control”, i.e. “the central fact and the central problem of society” (Robert Park). Namely, social control mechanisms are researched not merely from the perspective of their effectiveness in preventing, reducing or repressing criminal or deviant acts, but also in the light of (local and global) reproduction of the capitalist power relations. Moreover, within the current research project special attention is paid to the influence or impact of information technologies and neurobiological sciences on the legal conceptions, public and media representations, evaluations, prevention and sanctioning of crime. Needless to say, for criminology, the introduction of neuroscience and genetics into criminal law proceedings presents a great challenge. While, at first, it looks that this will improve the legal procedure and offer new possibilities to deter crime (or to intervene early in order to change/prevent potential criminal behaviour), in reality the research into criminal genetics often leads to various form of exclusion or marginalization, especially on economic and racial ground. In conclusion, research efforts of our group are directed mainly to the themes that usually drop out from other social sciences (and quite often also from the focus of Western academic criminology).

The research is divided into three main parts, each of them split into several sections:

Our research explores artificial intelligence tools in manipulating voters and public opinion. The research on automated decision-making tools used in criminal justice systems showcased that such tools legitimise increasing social control, limit privacy, and undermine fundamental criminal procedure principles. Furthermore, we are looking into other aspects of transformations caused by information technologies and the widespread digitisation of our society, e.g., new forms of cybercrime and the creation of large biometric EU IT systems.

Our second section assesses the reviewed research into biological roots of criminal behaviour and moral reasoning. We confirmed that, despite this turn to biology, sociological and psychological approaches to the study of crime and deviance remain valuable, and that the verdicts in which the defendant’s supposed genetic disposition for violence has been ruled as a mitigating factor open the door to the genetic determinism accompanied by new forms of exclusion. Our analysis showed that “unfavourable” genetic diagnoses often lead to discrimination in criminal proceedings, insurance policies, and job markets.

A further section of our research deals with crimes of the (politically and economically) powerful, e.g. tax avoidance, environmental crime, and similar corporate cross-border crime. To grasp the problem properly, it’s crucial to understand the symbiotic and cooperative relationship between the state and corporate actors. Furthermore, this strand of research explores the notion of the “crimes from obedience.” By scrutinising the case of Eichmann – an administrative (“distance”) murderer –, we are looking into meanders of ethical self-awareness of such types of perpetrators, drawing parallels to modern dynamics fostering environments where such motivation for offences may flourish.

Finally, we are taking a closer look at social marginalisation and exclusion, political and ideological problems linked to illegal migration, and normalised, neutralised, or ignored forms of human and ecological harm caused by the neoliberal capitalist economy’s legal functioning. Our research examines key modes of legal plunder (especially in various forms of rent extraction) and corruptive privatisation of common or public resources.

The second main part of our research deals with the pervasive issues in crime and the system’s response to crime. We are exploring conceptual and practical changes occurring in Slovenian penal policy in the post-socialist period. Furthermore, we are looking into the normative regulation of economic crimes in light of the changes to Slovenian legislation and case law. A substantial part of our research focuses on studying psychological mechanisms that influence judicial decision-making in criminal proceedings. We have designed and implemented an original experimental framework to explore prejudice and bias in judicial and prosecutorial decisions. Moreover, our research seeks to understand the principal trends in Slovenian criminal procedure, especially the development and problems of plea bargaining and its impact on the role of judge, prosecutor, and the position of defendant in criminal procedure

The final part of our planned research is a smaller cluster devoted to aspects of violence and victimology. Research is being conducted into topical themes such as specific nature of victimhood and its significantly modified role in the postmodern ‘culture of fear’. We are paying special attention to  victims of structural violence in the context of neoliberal capitalism and the victimisations linked to privatisation, denationalisation, mostly unsanctioned acquisitive criminal offences, and corruptive appropriation of public resources.

The research also focuses on the victims of sexual violence interpreted in the light of postmodern sexual morality. Within the same context, we are looking at various aspects of judicial decision-making in sexual crimes by studying these offences’ adjudicated case files (2016–2018).

Moreover, we are dealing with the variety of factors contributing to the victimisations in the road traffic.

A further section of our research deals with the victims of social harm, i.e. various harmful effects caused by otherwise legal practices, such as overheated consumerism stimulated by fast fashion linked to the clothing industry.

Finally, our research explores the variety of changes in the victim’s factual and normative position in Slovenian criminal procedure, focusing on the strengthened mechanisms for preventing secondary victimisation in the course of criminal procedure.

In addition to the set programme, further research has been carried out on the criminological implications of COVID-19 pandemics. Within this part of our research, researchers are looking at the ethical and legal dilemmas connected to the triage of patients, violence against women, corruption, vaccine passports, privacy implications of contact tracing, changed structure and extent of crime, repercussions of the pandemic on class and state control, principal reasons for violations of prescribed preventive measures, and political resistance during the pandemic.

CONTRIBUTION FOR THE DEVELOPMENT OF SCIENCE

CONTRIBUTION FOR THE DEVELOPMENT OF SLOVENIA

The Research Programme will reflect on the political, legal and moral guidelines for the social-economic and cultural development of Slovenia. The public is greatly concerned with the proposed research topics, such as corruption, and the RP will generate theoretical insights of these phenomena in Slovenia and beyond. It will also demonstrate that we live in an era of global competition of ethical attitudes, which will create a more adequate and more nuanced framework for discussion on the future directions of development of Slovenia.